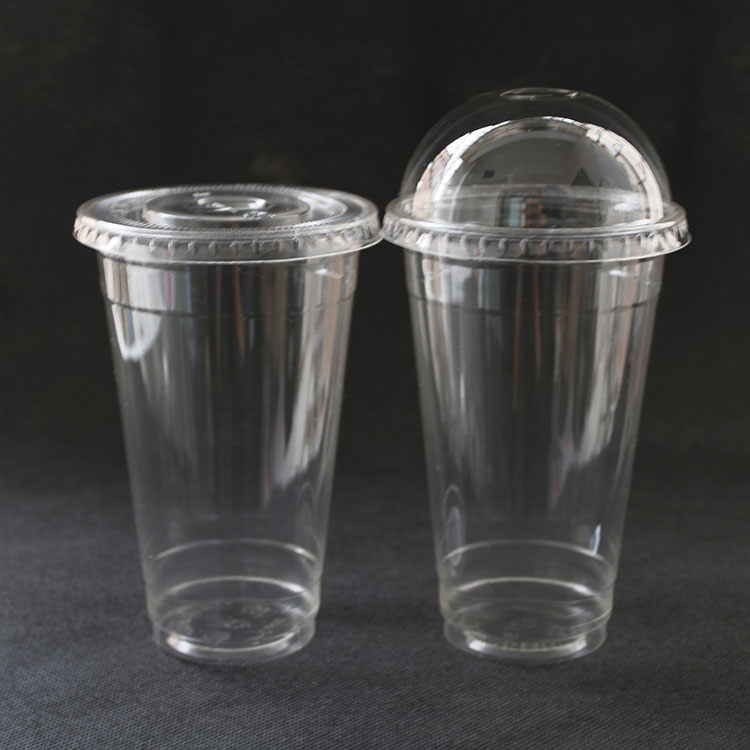 Polylactic acid, also known as polylactide, is a polyester polymer polymerized with lactic acid as the main raw material. It is a new type of biodegradable material.

The temperature of polylactic acid injection and blow molding is 170 ℃. It has good thermal stability. In addition to biodegradation, the products made of polylactic acid have good biocompatibility, gloss, transparency, hand feel and heat resistance.

1. Polylactic acid (PLA) is a new biodegradable material, which is made of starch raw materials proposed by renewable plant resources (such as corn). Glucose is obtained from starch raw material through saccharification, and then high-purity lactic acid is produced by fermentation of glucose and certain bacteria, and then polylactic acid with certain molecular weight is synthesized by chemical synthesis method. It has good biodegradability. After use, it can be completely degraded by microorganisms in nature, and finally produce carbon dioxide and water, which does not pollute the environment, which is very beneficial to environmental protection. It is recognized as an environment-friendly material. The treatment method of ordinary plastics is still incineration and cremation, resulting in a large number of greenhouse gases discharged into the air, while polylactic acid plastics are buried in the soil for degradation, and the generated carbon dioxide directly enters the soil organic matter or is absorbed by plants, which will not be discharged into the air and will not cause the greenhouse effect.

2. Good mechanical and physical properties. Polylactic acid is suitable for blow molding, thermoplastics and other processing methods, which is convenient and widely used. It can be used to process all kinds of plastic products, packaged food, fast food lunch boxes, non-woven fabrics, industrial and civil fabrics from industry to civil use. Then processed into agricultural fabrics, health fabrics, rags, sanitary products, outdoor anti ultraviolet fabrics, tent fabrics, floor mats and so on. The market prospect is very promising.

5. Polylactic acid (PLA) has similar basic physical properties to Petrochemical synthetic plastics, that is, it can be widely used to manufacture products for various applications. Polylactic acid also has good gloss and transparency, which is equivalent to the film made of polystyrene, which can not be provided by other biodegradable products.

6. Polylactic acid (PLA) has the best tensile strength and ductility. PLA can also be produced by various common processing methods, such as melting extrusion molding, injection molding, film blowing molding, foaming molding and vacuum molding. It has similar forming conditions with widely used polymers. In addition, it also has the same printing performance as traditional films. In this way, polylactic acid can be made into a variety of application products according to the needs of different industries.

8. When incinerating polylactic acid (PLA), its combustion calorific value is the same as that of incinerated paper, which is half of that of incinerating traditional plastics (such as polyethylene), and the incineration of PLA will never release toxic gases such as nitrides and sulfides. The human body also contains lactic acid in the form of monomer, which indicates the safety of this decomposition product.
Industry application

Polylactic acid is absolutely harmless to human body, which makes polylactic acid have unique advantages in the field of disposable tableware, food packaging materials and other disposable products. It can be fully biodegradable and meets the high requirements for environmental protection of all countries in the world, especially the European Union, the United States and Japan. However, the disposable tableware made of polylactic acid has some defects, such as temperature resistance, oil resistance and so on. In this way, its function is greatly reduced, and the tableware is deformed and brittle during transportation, resulting in a large number of defective products. However, after technological development, there are materials modified by PLA in the market, which can effectively overcome the shortcomings of raw particles. Some even have a heat-resistant temperature of more than 120 ℃, which can be used as microwave oven appliance materials.